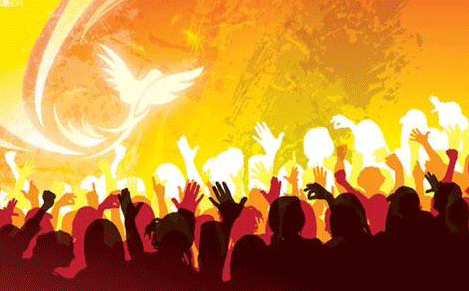 Last night’s movie was ‘Harry Potter and the Deathly Hallows’. It’s a very dark story which must be quite scary for children. Not least that the hero dies. But in a scene set in a heavenly King Cross Station, Harry asks the dead Dumbledore, “Is this all going on in my head or is it real?”. To which the sage replies, “It can be going on in your head but still be real.”  At the saga’s end, Harry does rid the world of Voldemort and they all live happily ever after.

Today, there are a few who have created nasty worlds in their heads and are striving to make them a reality. the killing of innocence personified in a 7-year-old boy and the waving of a flag which over 80million died to defeat are good examples.

However, there are others who have a vision of a better planet of everyone and are valiant in trying to bring it into reality. Indeed, Christ talked repeatedly about ‘the Kingdom coming’. He had that better place constantly in his mind. With him, the quest then goes on to make it a reality so that more of us can live happily now as well as ever after.